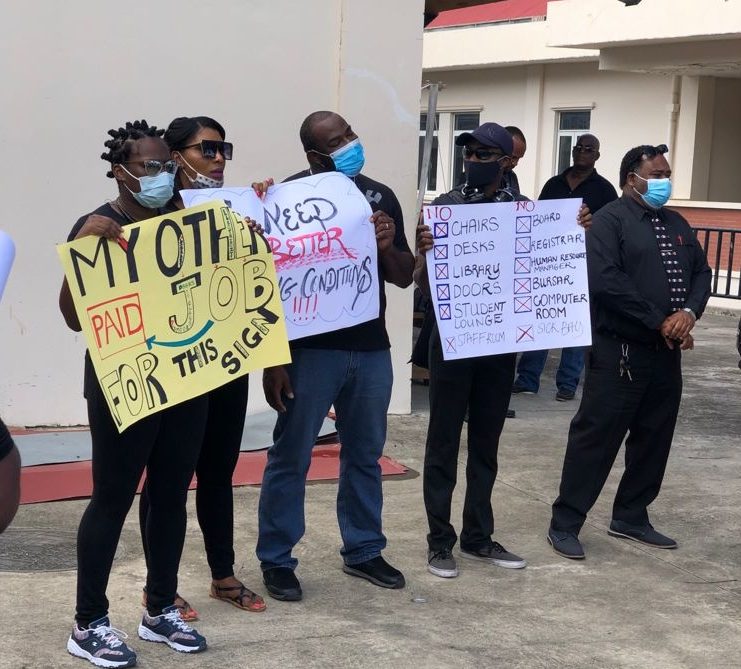 In a statement issued late Monday, Letang wrote that the protest is not only in the interest of lecturers but would also benefit students so that they could be tutored in a conducive environment.

Among their several grievances, are salary negotiations and payments of increases; the absence of a functioning board of governors over the past two years; and the renovation of essential buildings on campus.

On Monday Letang had addressed the press at the Stockfarm campus.

Mr. Letang warned against any victimization of protesting staff.

Meantime, Lecturers at the state college say their fight is not only for them but also for the students who have been subjected to poor learning conditions for quite some time.