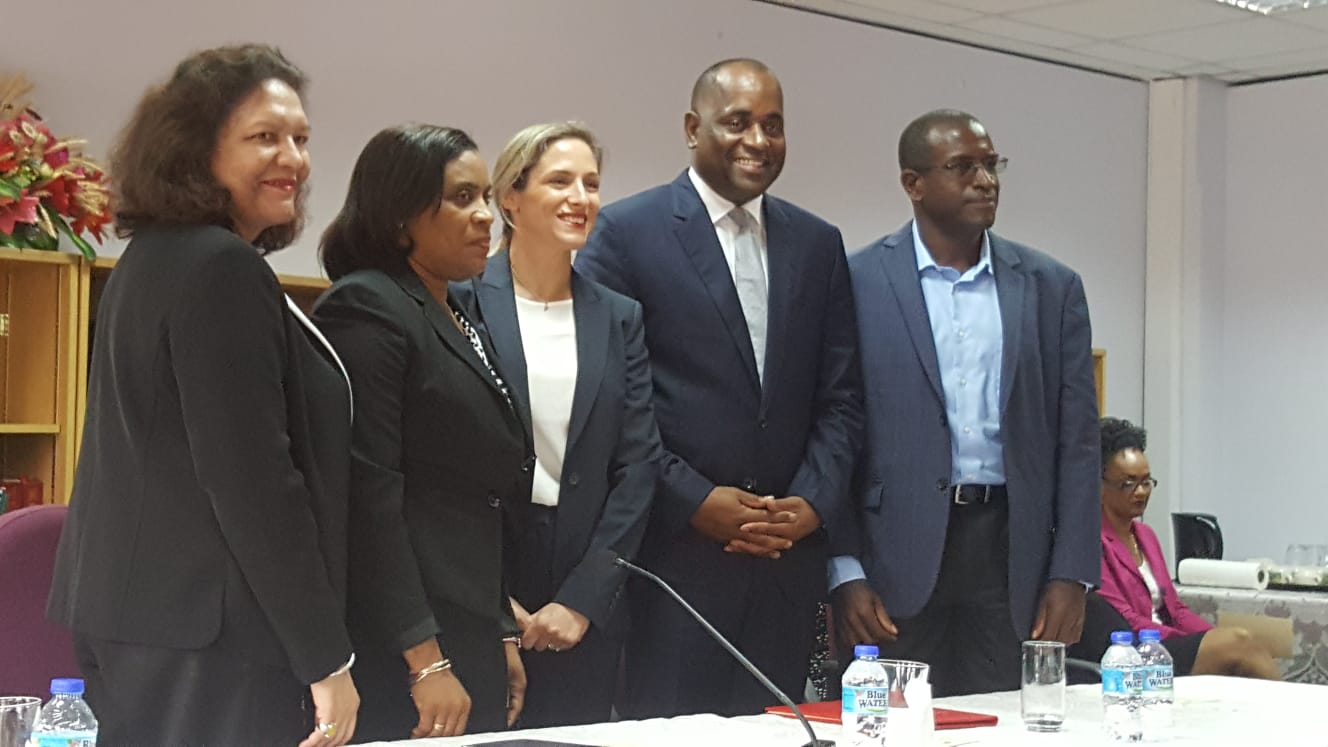 World Bank Director for the Caribbean Tahseen Sayed on Fridy signed with Prime Minister Roosevelt Skerrit a US$27 million project to support the construction of a 7 MW small geothermal power plant in Dominica, which aims to increase the share of renewables, diversify the country’s energy matrix, and identify a clear road map for private sector investment in geothermal development.

“Everything we are doing in Dominica has to be climate resilient as we cannot afford to rebuild the country every two to three years. This project will help us diversify our energy mix and invest in greener and more reliable energy source, so we can be up and running shortly after a storm,” said Prime Minister Roosevelt Skerrit.

Dominica has a small power system that relies heavily on diesel to produce electricity. The average price of electricity on the island is amongst the highest in the world, around US$33 cents/kWh as of December 2016 and customers are exposed to the volatility of international oil prices. Geothermal is more cost-efficient, climate resilient and greener. Following Hurricane Maria, 75 percent of the power network was damaged, leaving the whole island with no electricity. In response the government adopted the National Resilient Development Strategy, which sets Dominica’s vision to become “the first climate-resilient country in the world”. Diversifying the energy mix is a key element of this strategy.

“This project can have a transformational impact for future generations in Dominica,” said Tahseen Sayed, World Bank Director for the Caribbean. “By investing in geothermal, Dominica has the potential for significant economic diversification. It can become a real hub for renewable energy in the Caribbean and a leader in the quest for climate resilience”.

The Geothermal Risk Mitigation Project is expected to significantly lower electricity costs in Dominica and increase the share of renewable energy in the country’s energy mix from 25 to 51 percent, reducing greenhouse gas (GHG) emissions by 38,223 tons of CO2 per year. It will also assess the potential to export homegrown geothermal energy to its neighbours.

During the trip, the World Bank delegation will also meet with members of the Cabinet to discuss progress on the recovery efforts, and strategies to build economic and climate resilience in Dominica. Tahseen Sayed will also visit the geothermal site of Laudat and ongoing recovery work supported under the Disaster Vulnerability Reduction project.