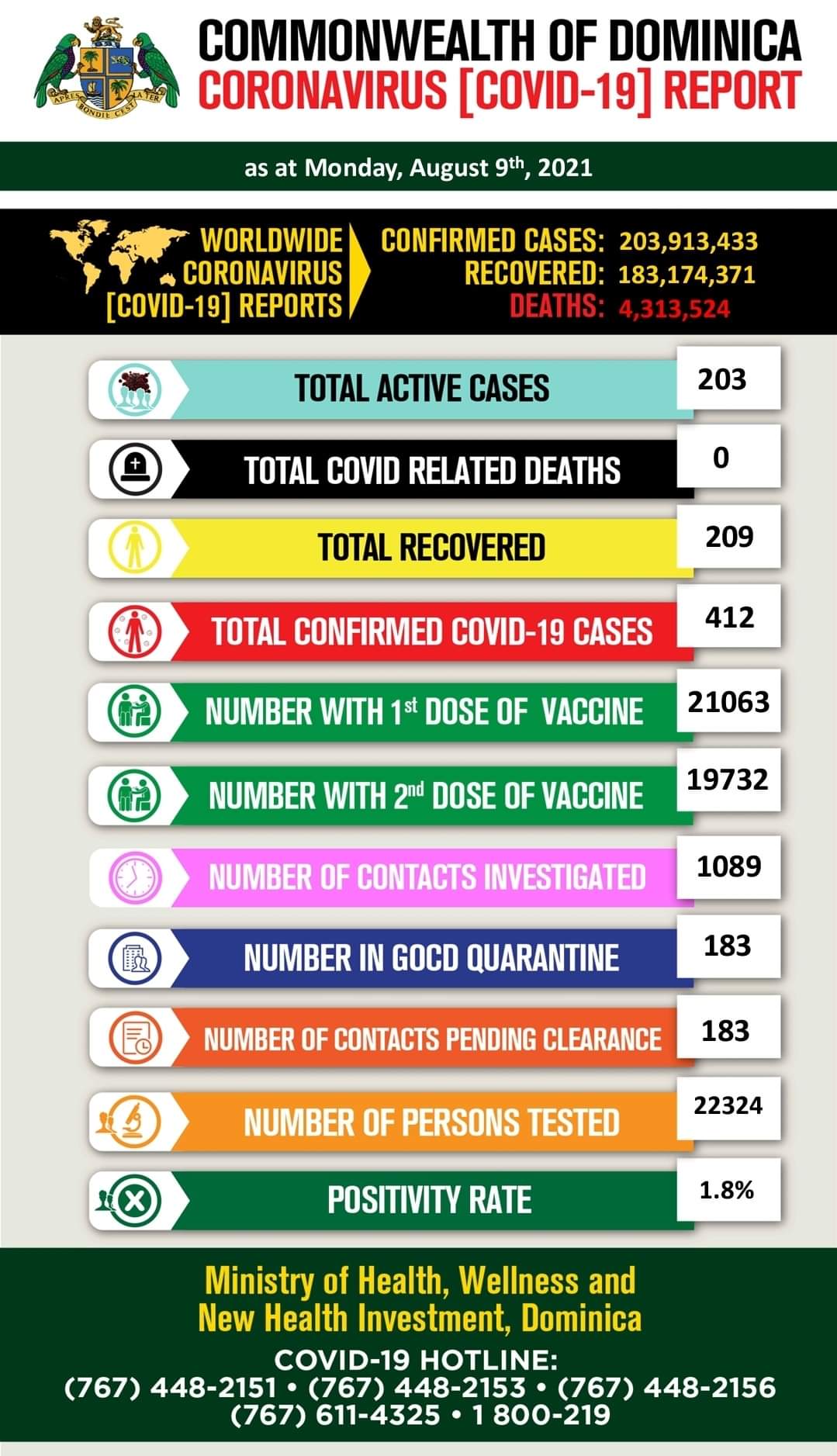 Two hundred and three – that’s the latest figure for active positive Covid-19 cases released by the Ministry of Health on Monday night as the country continues to see a steady rise in cases.

From 45 cases a mere 6 days ago on August 4, the numbers have steadily grown and fears are that they will continue to increase.

These recent numbers have been the highest seen since the country recorded its first active case of the virus in March 2020.

Just on Sunday night, when the country recorded 179 active cases, Prime Minister Roosevelt Skerrit expressed concern that the numbers could rise to between 300 and 400.

He encouraged citizens then to get vaccinated as a large majority of positive cases exhibiting symptoms of the virus is unvaccinated.