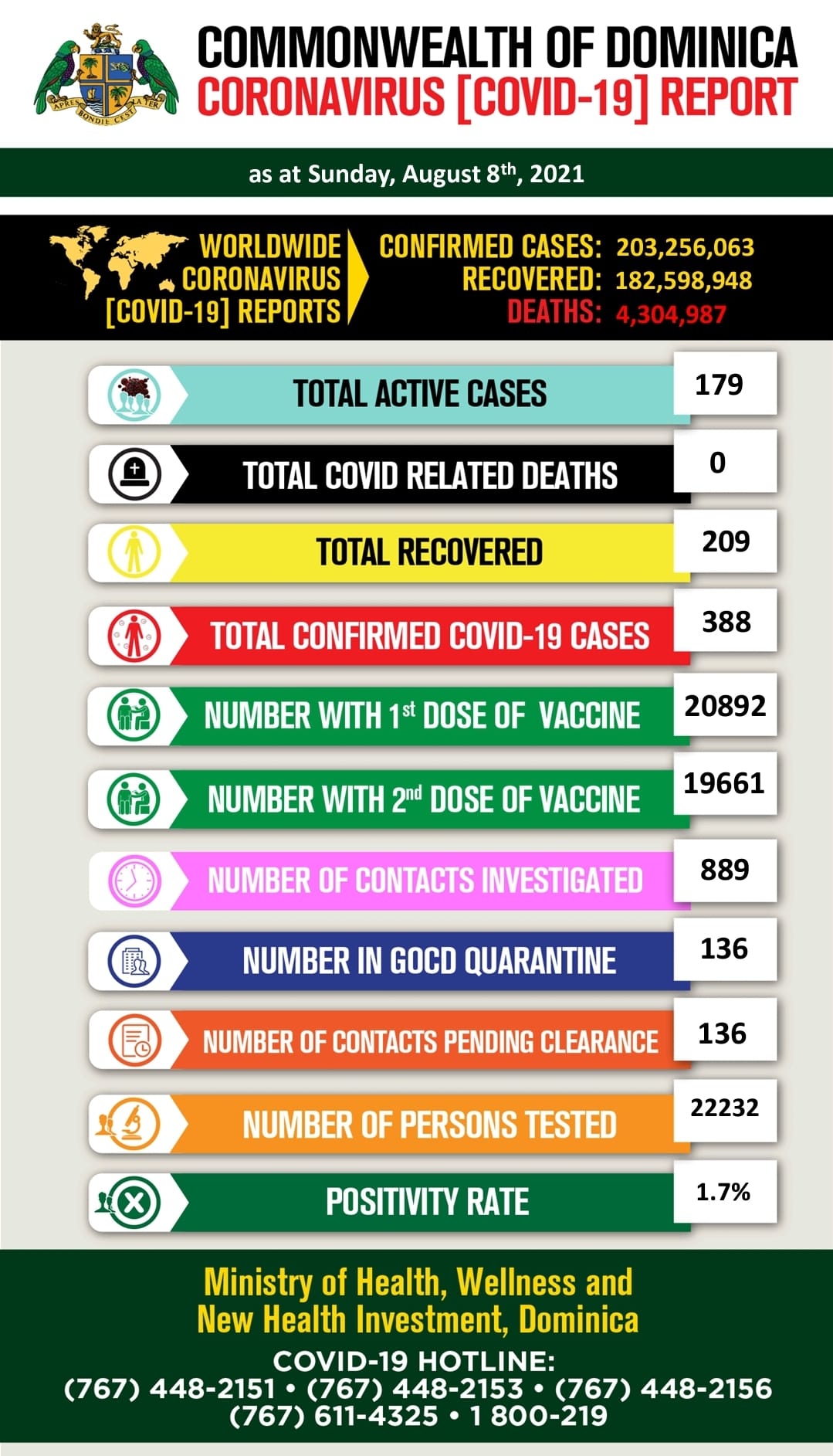 Dominica’s active Covid-19 cases have risen to a staggering 179.

The ministry of health’s current aggressive contact tracing and increased testing islandwide have been crucial in separating positive cases from the general population.

Minister for Health Dr. Irving McIntyre gave the update at a press briefing on Sunday night.

Meantime a testing initiative dubbed ‘know your status’ is ongoing at the Dominica China Frienship Hospital as one positive case among staff was discovered there over the weekend.

The health minister says about 50 per cent of the hospital staff have already been tested.