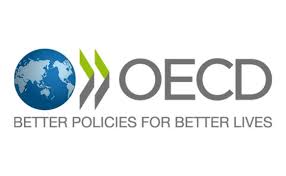 Prime Minister Roosevelt Skerrit on Monday called on the European Union to remove the island from a list of non-cooperative tax jurisdictions saying that it had done all that had been required to become complaint.

Prime Minister Skerrit told Parliament his government had approved all amendments to legislation that had been mandated by the European Union.

In March, the European Finance Ministers added Dominica to a list of non-cooperative tax jurisdictions.

“We don’t want an apology, all we want is to remove our name from the blacklist because we have done everything and we have gone beyond what was required by the international community,” he told Parliament as it approved amendments to earlier pieces of legislation that had been mandated by the European Union.

Mr. Skerrit also took the opportunity to encourage a bi-partisan approach to such matters.

“There are some things in our country that transcend party politics because when our country gets into this negative list, it is not Roosevelt Skerrit or the Dominica Labour Party, it is Dominica and these things have the potential of impacting the way we conduct business in our country and between countries”

He warned that the blacklisting will also affect the island’s banking and financial systems.

“So people have to understand these things and recognise that this is not about UWP (United Workers Party) or Dominica Labour Party. This is about our country and our country is facing, like all other developing countries, a monumental task.

“We are small fries, we are sprats . . . in a deep blue ocean surrounded by sharks and whales,” he said, noting that unlike the United States that “quite rightly” warned the European when they tried to impose the same policies “you have no jurisdiction over the United States,” he said.