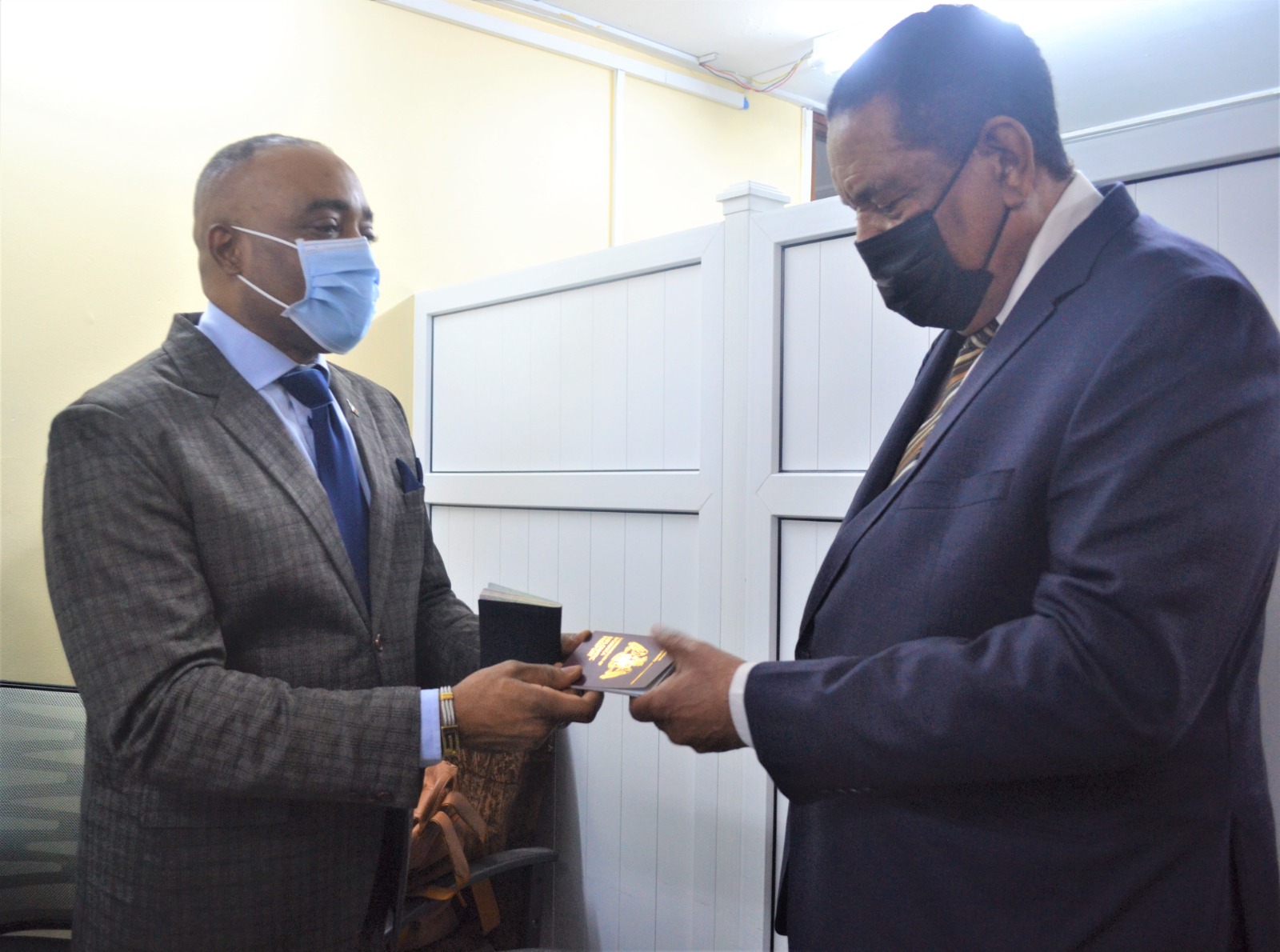 The Government of Dominica today launched the new E passport.

An official ceremony was held at the Police Headquarters Monday morning.

Dominica will be the first country in the OECS to launch this new passport.

Some of the new features include a laser engraved data page and biometric system facial recognition.

Minister for National Security, Rayburn Blackmoore said the new passport will enhance the security of passport holders in Dominica.

Dominicans will have until 2023 to switch to the new e-passport.