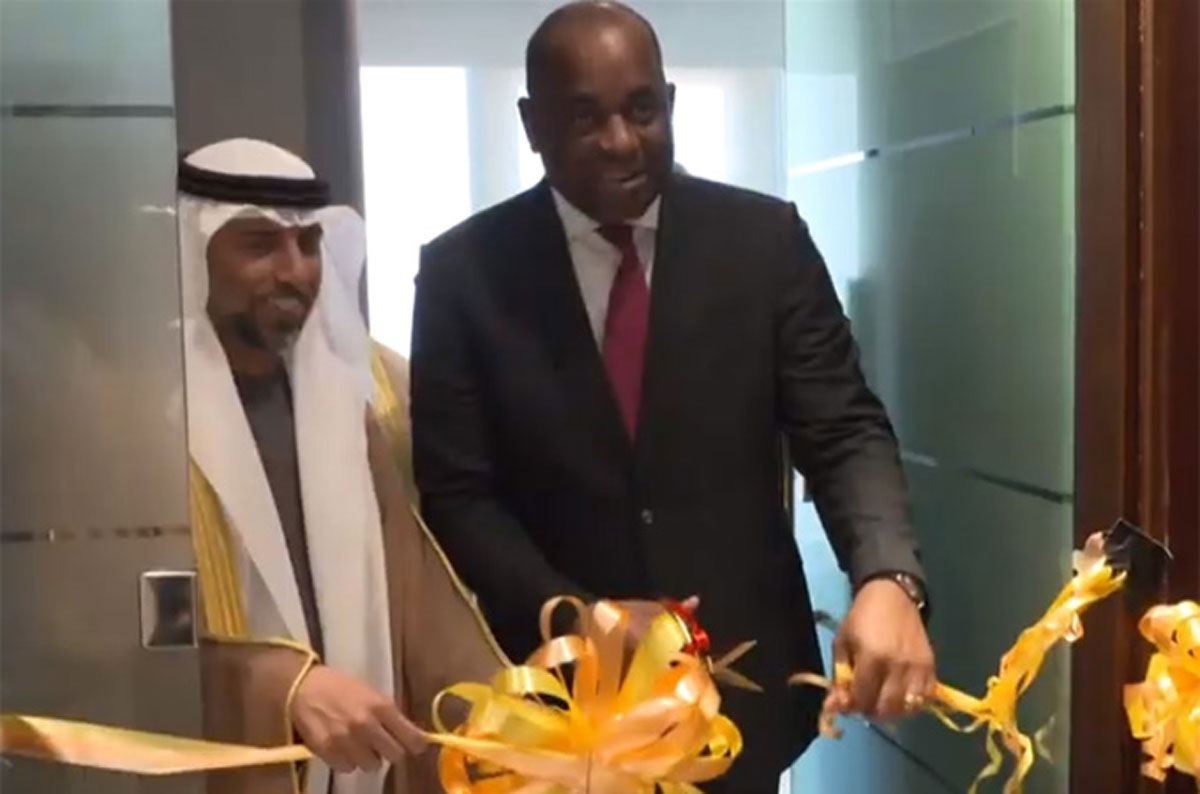 Dominica has established a new embassy in the capital of the United Arab Emirates, Abu Dhabi.

According to a press release provided by CS Global Partners, Prime Minister Roosevelt Skerrit announced at the opening ceremony on January 21st that the embassy also comes to service a ‘small but dynamic’ community of Dominican economic citizens, which is growing via the island’s world-leading Citizenship by Investment (CBI) Programme.

His Excellency Hubert Charles was appointed as the Ambassador of Dominica to the UAE.

Prior to his new appointment, H.E. Ambassador Charles served as the Dominican Ambassador to the United States of America and as the Permanent Representative of Dominica at the Organisation of American States.

The release quotes the Prime Minister as saying that thanks to the Citizenship by Investment Programme, Dominica already has a small but dynamic population, resident in the UAE and contributing to the dynamism of its service sector and to sustainable development at home.”

He added that the new Dominican Embassy in Abu Dhabi will serve as “a crucial link between what is in effect the Dominican diaspora in the UAE and the homeland.”

The release states further that the Dominican Embassy in Abu Dhabi will provide consular services to Dominican nationals, issuance of documentation, emergency notices, tourism advice and other services.