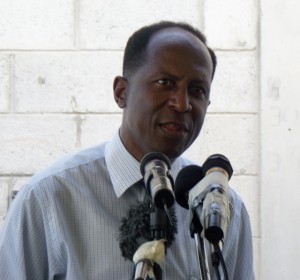 Dominica will commemorate 52 years of self-government with a forum at the University of the West Indies tonight, organized by Economist Dr. Eisenhower Douglas, in collaboration with famed Dominican historian Dr. Lennox Honychurch.

Douglas says Dominica’s move to associated statehood and independence will be explored against the background of the island’s colonial past.

One of the topics for discussion is the origin and growth of the Dominica Labour Party.

He says other key DLP figures-Phyllis Shand Allfrey and Emmanuel Loblack- will be discussed; as well as the era of the West Indies Federation, Associated Statehood and the move to independence.

To speak on the guiding principles of the DLP in contemporary Dominican Society, will be Mr Ambrose George the former finance minister.

The forum is on at 6:30 at the UWI, featuring speakers such as Henry Babs Dyer, Dr. Damien Dublin, Attorney Ray Harris, and Dr. Eisenhower Douglas.

The discussion will be broadcasted live by KairiFm

Roseau Fisheries To Be Rehabilitated