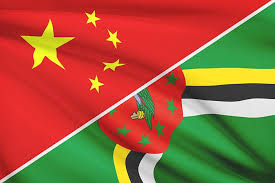 To celebrate the 15th Anniversary of the Establishment of Diplomatic Relations between the People’s Republic of China and the Commonwealth of Dominica, the Chinese Embassy in Dominica will hold an event named China-Dominica Friendship Day at the Goodwill Parish Hall from 10am to 1pm on Saturday, March 23rd 2019.

This event, which is open to the public, features an exhibition on Chinese food and culture as well as live performance by Dominican band Fanatik.

In addition to that, there will also be 15 winners by ticket bonus.

The Ambassador also said the 15-year-strong relationship between the two countries has yielded fruits which has benefited both the people of China and Dominica.