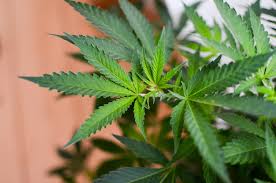 President of the Dominica Olympic Committee Billy Doctrove is urging Government to proceed with extreme caution with plans to decriminalize the possession of 20 grams of marijuana or less.

During the 2020-2021 budget presentation, Prime Minister Skerrit reiterated the intention to take a bill to parliament at the next sitting to bring the measure into effect.

Meantime, Businessman Emile DePooter, who has long been a proponent of the decriminalization of marijuana, is supportive of Government’s decision.

DePooter says there are economic and medicinal benefits that trump concerns of abuse.

DePooter argues that sportsmen, if ill-disciplined, will make poor decisions whether or not the drug is decriminalized.

Close to $50,000 raised to assist with medical expenses for National Broadcaster Felix Henderson