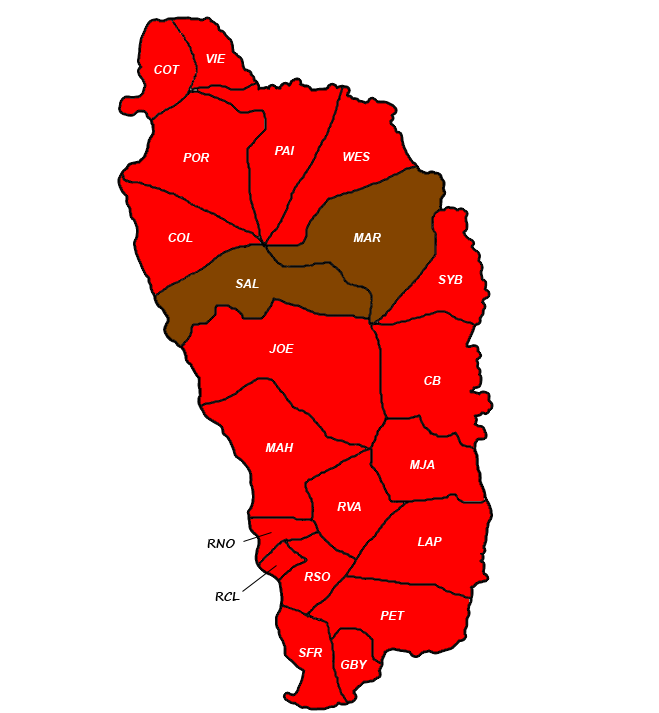 The Dominica Labour Party has been reelected into power once more after claiming nineteen out of twenty-one seats at the polls.

The Roosevelt Skerrit led party had a six-seat lead from November 18, needing only five seats to claim victory.

Independent candidates made history in the Salisbury and Marigot constituencies capturing the two seats once established as UWP strongholds. The opposition United Workers Party and Dominica Freedom Party had refused to participate in this general election calling it a sham.

DLP Leader Roosevelt Skerrit congratulated all winning candidates and made the commitment to meet with the independent candidates to determine how best to chart the way forward for Dominica with their help.

The DLP leader also vowed to meet with the new leader of the United Workers Party to hear his vision for the country.

Skerrit says it is time to change the political atmosphere on the island for the better.