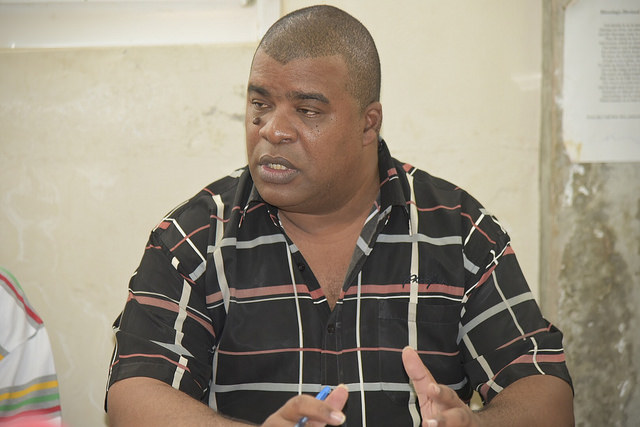 Parliamentary Representative for the Mahaut Constituency, Rayburn Blackmoore, has called on all Dominicans to turn out in large numbers in support of DLP Candidate Edward Registe.

On Sunday, the Dominica Labour Party will launch Edward Registe in grand style at the Geneva Playing field in Grand Bay.

Registe is a DLP loyalist who also serves as Deputy Speaker in Dominica’s House of Assembly. He has a rich record of community service in Grandbay and is associated with the political rise of the late Prime Minister Pierre Charles as an active, behind the scenes organizer.

Professionally, he works as the Public Relations Officer of the Dominica Water and Sewerage Company (DOWASCO).

Registe will replace two-time MP Justina Charles in what is regarded as a DLP stronghold.

The DLP has won the seat at seven consecutive elections. The Dominica Freedom Party (DFP) is the only other party to have won the Grand Bay seat with Judianna Henderson in 1980 and A. A Casimir in 1975.

The main opposition United Workers Party has not announced a candidate for the Grand Bay seat, following the sudden passing of its rumored candidate, the late attorney, Doreen John earlier this year.

Meanwhile, DLP Candidate for the Marigot Constituency, Gregory “Karessah” Riviere, believes there should be a celebration in Grand Bay on Sunday as the Dominica Labour Party launches yet another candidate in Edward Registe.

The two DLP Candidates have known each other for many years and Karresah believes that all labourites should come out and support Registe on Sunday.

Kairi FM will carry live, the launch of Edward Registe from 3 p.m. on Sunday.

PM Announces Half- Day of Work on Thursday