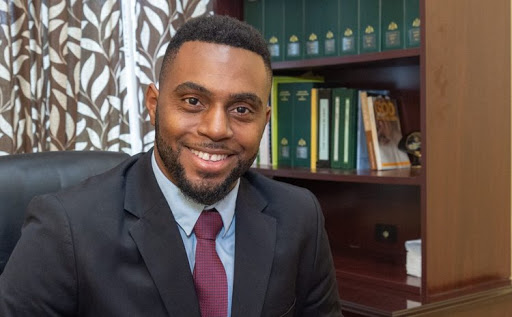 This announcement follows the unanimous decision at a National Council meeting held on Thursday, March 17 2022, at the Goodwill Parish Hall.

Hon. Laville takes on the vacant position previously held by the now deceased DLP stalwart Edward Registe who passed in September of 2021.

According to a release from the party, Hon. Laville is currently the Minister for Public Works and the Digital Economy in the DLP administration. He was appointed a Senator on December 17, 2019.

He is an engineer by profession and holds a Master of Science degree in Civil Engineering. Hon. Laville is a former Programme Engineer for the National Authorising Office of the European Development Fund.

The Dominica Labour Party is confident that Hon. Laville will embrace his new role with characteristic passion, enthusiasm and commitment.