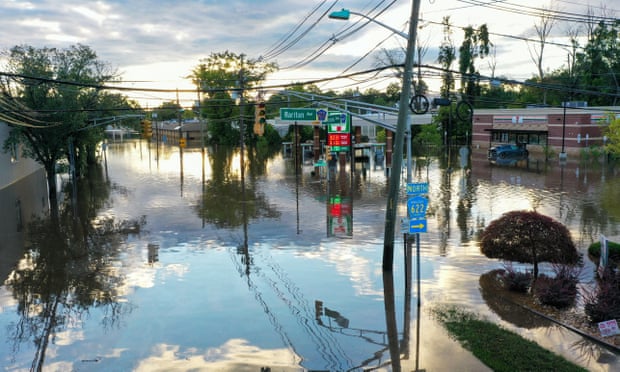 US President Joe Biden says “historic investment” is needed to deal with the climate crisis, as the north-east reels from flash flooding and tornadoes that have killed at least 41 people.

The US is facing climate-related destruction across the country and tackling it is “a matter of life and death”, the president said.

Some residents became trapped in flooded basements and cars.

Other footage showed cars floating down flooded roads, with cries of “help” being heard from inside.

Passengers on trains, planes and buses found themselves stuck for hours without moving as the flooding made travelling impossible.

The president will visit Louisiana on Friday to assess what is being done to help the state, which became the first to face Hurricane Ida when it made landfall on Sunday. More than 900,000 homes remain without power in the state

U.S Re-opens to Fully Vaccinated Foreigners From the UK

US Completes Withdrawal from Afghanistan