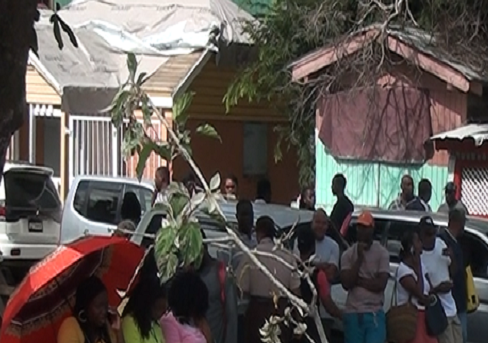 The workers sasy they are being ill-treated by the management of the port.

But Prime Minister and Minister of finance Roosevelt Skerrit has taken a very firm decision on DASPA and the government on the salary negations for DASPA workers.

Mister Skerrit in an address to the nation this morning made it clear that DASPA will not negotiate salaries with a gun to its head.

The Prime Minister says there shall be no negotiations at any level while workers are out on what he terms ‘illegal industrial action.’

The workers are represented by the Dominica Public Service Union. Meantime DPSU General Secretary Thomas Letang says despite being an essential service, the workers are entitled to protest action.

Letang says the union has no desire to meet the Chief Executive Officer of DASPA Benoit Barduille as he has failed to meet the needs of his workers.

One worker of DASPA refutes claims that port workers received a double salary last year and that management still owes the worker’s salary increases from 2014 and 2016.

Meantime senior counsel Anthony Astaphans says this is bad timing by DASPA employees and such action should note be allowed given the fact that Dominica is still in a recovery mode.