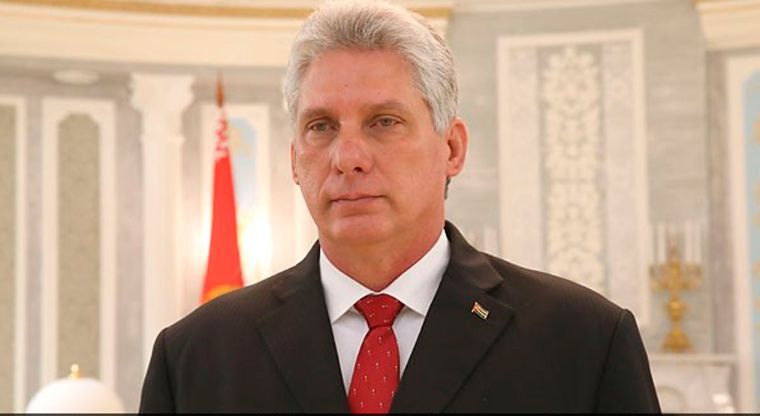 Cuba’s Miguel Diaz-Canel, who formally replaced Raul Castro as president on Thursday, has the task of steering the communist island through a period of uncertainty as it turns the page on six decades of Castro rule.

In his opening speech, the silver-haired 57-year-old vowed to “continue the Cuban revolution” as laid out by his predecessors, his maiden speech triggering a standing ovation in the chamber.

Formerly first vice president, Diaz-Canel, who succeeds Fidel and Raul Castro, has spent three decades climbing to the summit of the Communist Party.

And now he will be tasked with pushing through with the economic reforms that were initiated by his 86-year-old mentor.

He becomes the first Cuban leader born after the 1959 revolution — and perhaps crucially for some of the generals that will be under his command, the first not to have fought in it.

“There is a tradition in Cuba of strong men at the head of the State… (but) the profile of Miguel Diaz-Canel seems weaker,” said Cuban watcher Arturo Lopez-Levy of the University of Texas-Rio Grande.

“He has no more power than what he has been given.”

In Havana’s corridors of power, the jeans-wearing Diaz-Canel stands out, a self-declared fan of The Beatles with a passing resemblance to the actor Richard Gere.

He has advocated greater openness to the internet and a less restricted press.

His supporters say he knows how to listen and is a man of simple tastes.

The Queen has appealed to Commonwealth leaders to appoint her son, Prince Charles, to succeed her as their head.