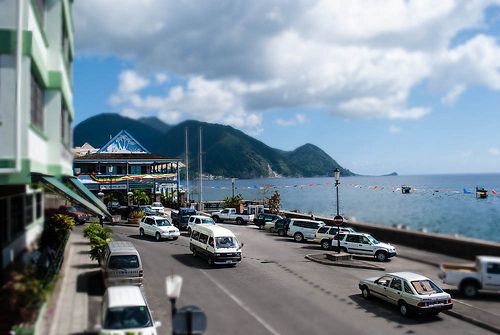 A transformed Roseau Bay Front with a cruise village and high-rise condos will be constructed, under the leadership of Roseau Central’s MP Melissa Poponne-Skerrit.

Poponne-Skerrit disclosed that plan at the launching of a Christmas District that spans Peeble’s Park along the Dame Mary Eugenia Charles Boulevard.

She says a modern Roseau will rival other cities of Caribbean countries.

Meantime, Mrs. Skerrit acknowledged that an active cruise season, was among reasons why the Christmas event was relocated from the Promenade on the River Bank to the Bay Front.