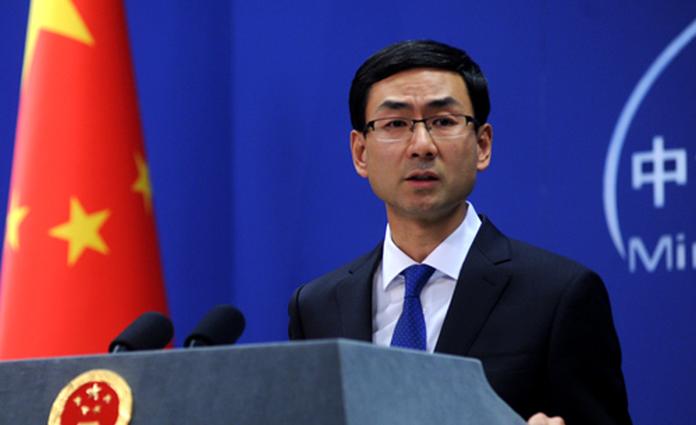 China has denied sending troops to Venezuela two weeks after the chief of staff of Russian ground forces Vasily Tonkoshkurov, along with a deployment of 100 soldiers and 35 tonnes of material, arrived in Venezuela under the terms of a 2001 cooperation treaty between Moscow and Caracas.

China’s shipment of 65 tons of Chinese medicine to Venezuela, according to a government official is an “important and strategic level” of the partnership between Beijing and Caracas but raised concerns that the shipment of humanitarian aid included a deployment of more than 120 Chinese People’s Liberation Army (PLA) soldiers to support President Nicolas Maduro’s forces.

Nevertheless, multiple reports disclosed that a group of Chinese military personnel, 120-strong arrived on Margarita Island March 28, “to deliver humanitarian aid and military supplies to the government forces”, and after that the Chinese PLA troops were transferred to a Venezuelan military facility.

Chinese foreign ministry spokesman Geng Shuang told reporters on Tuesday: “I don’t know where you got this information or for what purpose was it produced, but I can tell you this: what you said is simply not true. The Chinese government’s position on the Venezuela issue is consistent and clear-cut,” adding, “China opposes external interference in Venezuela’s internal affairs and believe the country’s government and opposition need to seek a political solution through peaceful dialogue.”

Chinese’s ambassador to Venezuela has also emphasised the role of diplomacy and increased activity in promoting trade and investment, saying that “the Venezuelan people are capable of keeping the peace.”

Meanwhile, at the ninth round of the high-level China-US economic and trade consultation held in Washington, April 3 – 5, US president, Donald Trump said China and the US should be responsible for the world, and a trade agreement should reflect that.

Both countries do have a responsibility to the world, “and that’s a big reason we’re here,” Trump added, when meeting Chinese vice premier, Liu He, who is also a member of the Political Bureau of the Communist Party of China central committee and chief of the Chinese side of the China-US comprehensive economic dialogue.

Russia and China together are Venezuela’s principal financial and military lifelines, protecting Maduro’s government. Russia also has taken an overt role and, like Cuba, is not to be side-stepped trading oil, intelligence and counterintelligence services.

All of this is taking place while the Trump administration has tightened economic sanction on Venezuela, and causing turbulence among Latin American countries, cutting direct assistance to Guatemala, Honduras, and El Salvador to stem the flow of illegal immigration and the migrant caravans flowing into Mexico, onward to the United States.

With little critical thinking given to what comes after, Trump’s approach will impact the terms of trade, with widespread impact across North America.