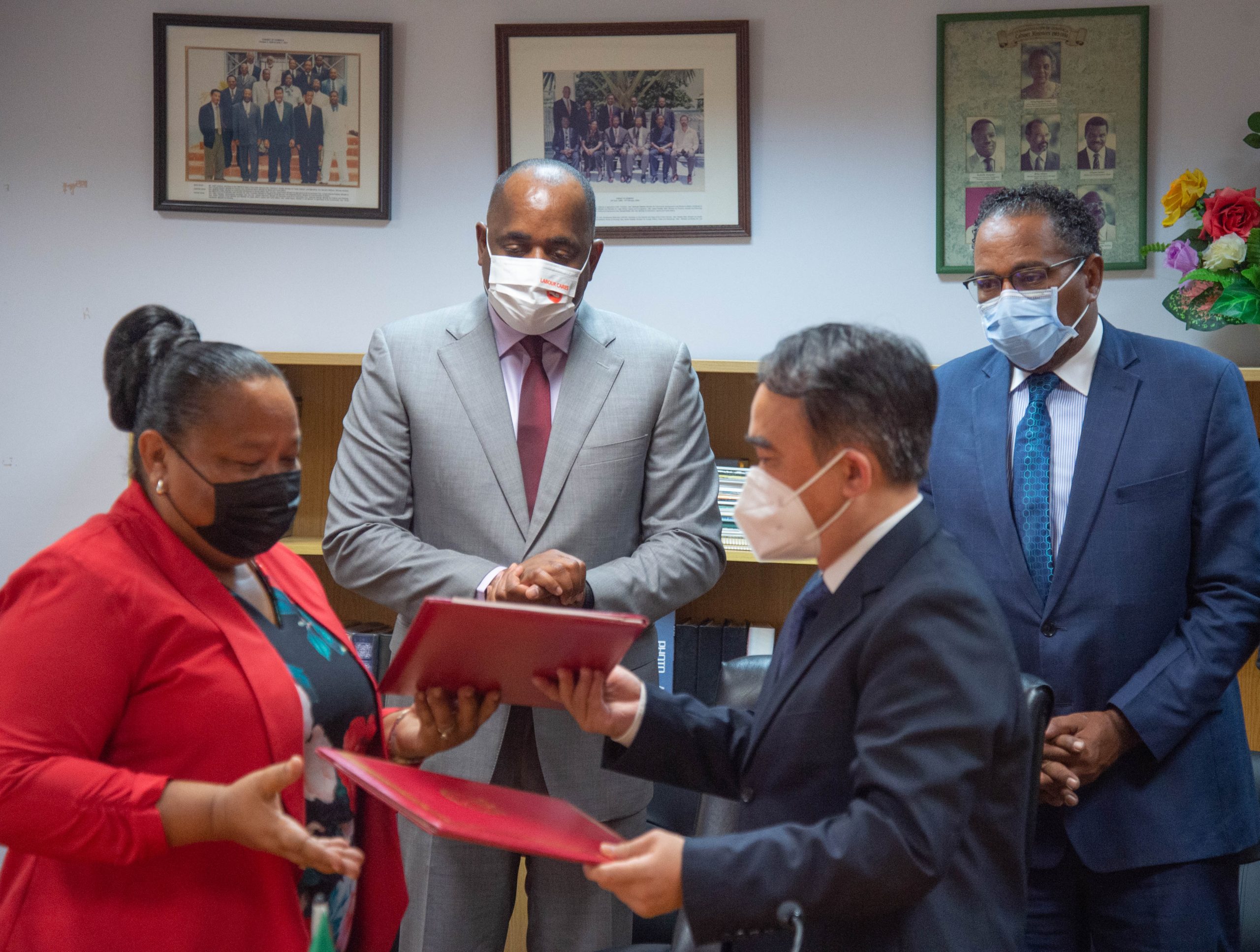 The People’s Republic of China has exchanged letters with the Government of Dominica approving new designs for the construction of six schools in Dominica.

China will fund the construction of the Goodwill Secondary School and the Tete Morne, Thibaud, Calibishie, Bellevue Chopin and Sineku Primary Schools to the tune of US$30 million equivalent to 81 million EC dollars.

Back in April 27 and May 20 of 2020, the Chinese Government agreed to help Dominica implement the six schools project.

The People’s Republic of China approved changes to the designs, after they were reviewed.

Prime Minister Roosevelt Skerrit and Minister of Finance told today’s ceremony that the People’s Republic of China is making a significant investment in the education of the country’s students.

Mr. Skerrit also says that the Government has identified the need for providing students and teachers alike with improved accommodations for teaching and learning.

Police Warn The Public To Be Vigilant, As Police Patrols Increase For Christmas Season

Nine Murders Recorded So Far For 2021