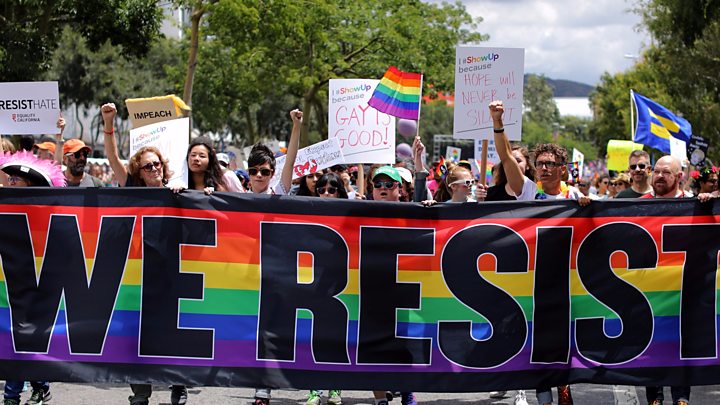 A member of the gay and lesbian community in Dominica has filed legal challenge against Dominica’s Anti-LGBT Laws.

This lawsuit builds on the global push for decriminalization of LGBT people and aims to end one of the last remaining anti-sodomy laws in the Western Hemisphere.

The official filing was announced by Daryl Phillip and Maurice Tomlinson.

Tomlinson also read the statement from the anonymous gay man.

“As an openly gay man in Dominica, I fear for myself and for others who are part o the LGBT community in Dominica,” it read. “Throughout my life in Dominica, I have endured discrimination, threats, harassment and violence because of my sexual orientation.

“…Fear and concern for my safety have been a constant pattern in my life,” it continued, “as they have been for many LGBT people. Although I am Dominican by birth and blood, I have always been treated as an outcast from my society and country… No one deserves to walk down the street and face harassment and abuse for who they are.”

The statement further said that members of the LGBT community are active members of the Dominican society and the laws must be changed in order for all Dominicans to feel “welcome and comfortable in their own country”.

Meanwhile, Founder of Minority Rights Dominica, Daryl Phillip, says the case which MiriDom has been working on for the past five years has finally been launched in the Courts of Dominica.

Section 14 and 16 of the Sexual Offences Act of Dominica are being challenged by the Minority Rights Dominica which criminalizes “Gross Indecency” and “Buggery”.

Phillip says that these laws impedes on persons rights to sexual expression and “when we look at it from a human rights perspective, it is really wrong.”

Phillip says that after years of conversation with various legal authorities and rights groups within the Caribbean region and overseas, MiriDom is ready to take on the challenge against Dominica’s court system, “for an equal society”.

Senior Policy Analyst with the Canadian HIV/AIDS Legal Network, Maurice Tomlinson is also calling for the Sexual Offences Act of Dominica, Sections 14 and 16 to be read down as both provisions were amended in 2016 to make the penalties harsher.

The group is being represented by Attorney Cara Shillingford in court.