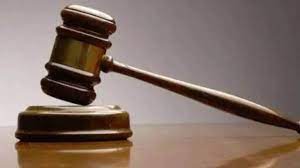 The Caribbean Court of Justice (CCJ) has delivered judgement and denied permission to appeal the judgment of the Court of Appeal to dismiss petitions claiming 2019 elections were stolen.

Following Dominica’s 2019 elections, ten election petitions were filed claiming candidates declared to be the winner had not been validly elected. Allegations claimed the elections were plagued with election offences, breaches of electoral laws and other irregularities.

In response the winning party filed to have these petitions struck out to which a High Court judge agreed due to lack of sufficient particulars and accordingly struck them out.

Senior Counsel Anthony Astaphan says, the CCJ supported the decision of the court of appeal to decline jurisdiction to hear the appeal.

According to Astaphan, the effect of the CCJ’s decision now renders all recent petitions claiming stolen elections in Dominica null and void.