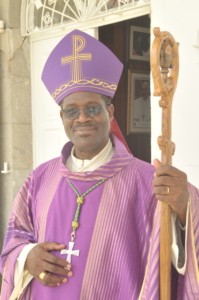 President of the Antilles Episcopal Conference Bishop Gabriel Malzaire, says March 2, 2022, Ash Wednesday, has been declared as a Day of Fasting for Peace.

This, like Dominica and the rest of the world, condemns the violent and unlawful actions of the Russians and calls for an end to such brutality.

Last week, the world looked on as news broke of the invasion of the vulnerable sovereign state of the Ukrainian People’s Republic by the Russian Federation, the subsequent loss of innocent lives, and the severe suffering of its people.

Bishop Malzaire expressed concerns for the fate of Caribbean students living in Ukraine as well as the economic impact of the actions of the Russian government on the Caribbean.