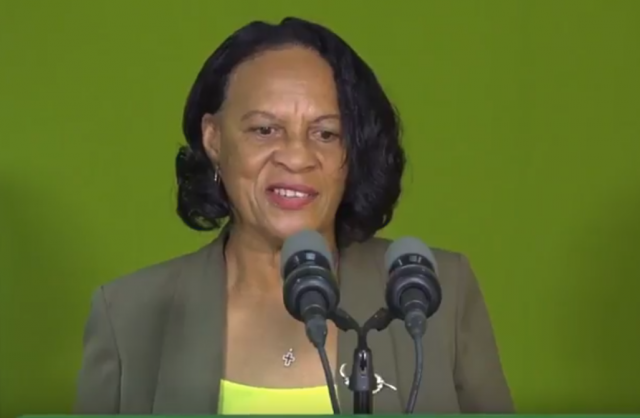 Honorable Minister for Ecclesiastical Affairs, Family and Gender Affairs, Catherine Lady Daniel, is of the strong view that child protection is a critical area and one of great concern.

During her address at the Child Protection three-day workshop opening ceremony she mentioned that child protection calls for the attention and cooperation of the entire Dominican populace. She says further that all are affected when children are hurt.

She went on that “based on annual statistics from the welfare division child sexual abuse over time tops the list of reported cases, usual because of choices made.”

Minister Daniel mentioned that the fight against child sexual abuse is not only won in the courtroom but should also have attention paid to in the classrooms, at the workplace, in neighbourhood community organizations and also in families.

The minister also indicated that the Family plays a chief role in raising a child.