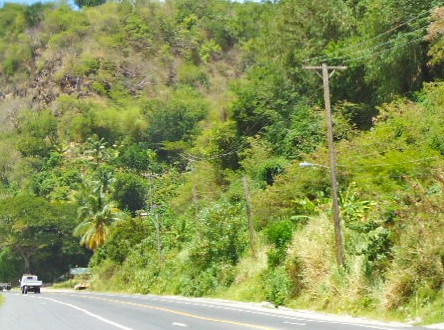 Motorists and the public at large in will have their much awaited request met for bypass to Canefield via the Fond Cole ravine Cock Route.

Prime Minister Roosevelt Skerrit says a bypass will be constructed from Ravine Cork in through Morne Daniel into Canefield as a precautionary measure, should the Main road under the cliff be impassable.

He says a French organization is looking into the situation under the cliff where a part of the mountain came down creating a cavity and in the cliff.

The requests for creating a bypass in through morn Daniel have been on the table dating back several years under previous administrations and now the 2018 current government of Prime Minister Hon. Roosevelt  has decided to create the alternative route in the interest and safety of all Dominica.

Ian Douglas Disappointed in the U.W.P for not contributing to Build Back Better Initiative.