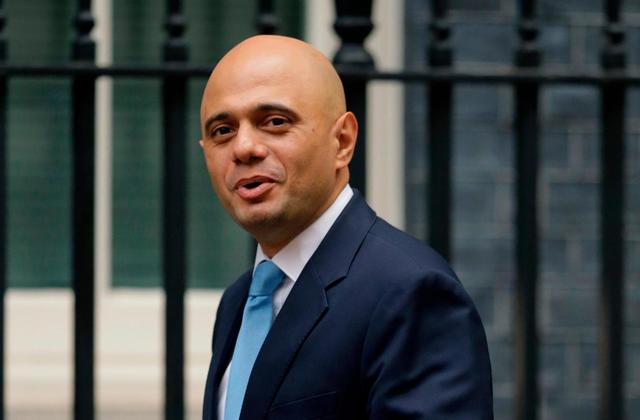 British Prime Minister Theresa May appointed a new interior minister today after suffering a blow with the resignation of Amber Rudd for having misled lawmakers over deportation targets for illegal immigrants.

May named SajidJavid, 48, as Rudd’s replacement in the key ministerial post of home secretary after she quit late Sunday, facing anger over wrongful moves to deport legal but undocumented elderly immigrants from the Caribbean.

Rudd, under growing pressure over the so-called Windrush scandal, told lawmakers last week that there were no targets for the removal of people deemed to be in the country illegally.

But she felt it “necessary” to tender her resignation after the emergence of documents, addressed to her office, showing those goals were in place.

“I should have been aware of this, and I take full responsibility for the fact that I was not,” she said in her resignation letter to May, conceding that she “inadvertently misled the Home Affairs Select Committee”, the panel of MPs scrutinising the work of her ministry.

The dramatic exit of close ally Rudd came as a setback for May, whose centre-right Conservative Party faces potentially bruising local authority elections across metropolitan England on Thursday.

Rudd was also seen as a moderate on the EU and a balancing force in a cabinet containing several big-name pro-Brexit figures.

Promoted from communities secretary, Javid’s first task will be to take some of the political heat out of the Windrush scandal.

“Making sure that we have an immigration policy that is fair, treats people with respect and with decency — that will be one of my most urgent tasks,” he told reporters.

Javid is the son of a Pakistani bus driver who arrived in Britain in 1961 with one pound in his pocket.

Javid said Sunday that the Windrush scandal felt “very personal” but urged people to concentrate on the government’s efforts to rectify the situation.

A rapid riser in the government, Javid was a senior investment banker at Deutsche Bank before becoming a member of parliament in 2010.

He became a Treasury minister in 2013 and joined the Cabinet in 2014 as culture secretary before switching to business secretary in 2015 and communities secretary the following year.

He backed the losing Remain campaign in Britain’s 2016 referendum on its European Union membership, but his pro-EU position was lukewarm.

Rudd was the fifth person to quit the cabinet since the June 2017 snap general election, called by May but which cost the Conservatives their majority in parliament.

James Brokenshire, who stepped down as Northern Ireland secretary in January to undergo lung operation, returned to cabinet to replace Javid in the housing, communities and local government brief.

International Development Secretary Penny Mordaunt adds to her duties Rudd’s other brief as minister for women and equalities.

Besides May, Rudd was the only other woman in the four top jobs in government — Downing Street, the Treasury, the Foreign Office and the Home Office.

Rudd had run the Home Office interior ministry since July 2016.

Immigration control remains a hot topic in Britain and was a factor in the June 2016 vote to leave the EU.

A government clampdown on illegal immigration has begun to identify those without papers, scooping up many elderly people from the Windrush generation — named after the ship that brought the first group of migrants from the West Indies in 1948.

Invited to Britain to help it rebuild after World War II, they were given a legal right to remain by a 1971 law.

However, many never formalised their status, often because they were children who came over on their parents’ passports and then never applied for their own.

Outrage over the plight of Windrush migrants — some of whom lost jobs and fell into debt as they struggled to prove their status — led to a personal apology from May to Caribbean leaders earlier this month.

The main opposition Labour Party accused Rudd of being a “human shield” for May.

Labour’s finance spokesman John McDonnell said: “You can smell the undoubted odor of a government decomposing.”