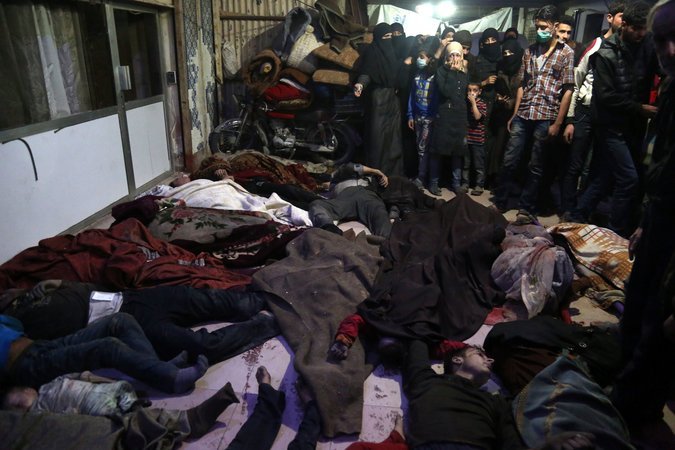 Britain is bracing for the possibility of Russian retaliation in the wake of Saturday’s airstrikes on alleged chemical weapons sites in Syria.

Foreign Secretary Boris Johnson said Britain must “take every possible precaution” against any potential Russian counter-measures and acknowledged that recent relations between Moscow and London had “not been good.”

“When you look at what Russia has done, not just in this country, in Salisbury, attacks on TV stations, on the democratic processes, on critical national infrastructure — of course we have to be very, very cautious indeed,” Johnson said on the BBC’s Andrew Marr Show on Sunday, when asked about the possibility that Russian could launch cyber-attacks on the National Health Service or electricity grid.

The UK’s National Cyber Security Center said Monday that the threat of a cyber-attack against Britain is now “at its highest possible level.”

Britain joined the United States and France in striking several targets in Syria on Saturday in retaliation for a suspected chemical attack on April 7 near Damascusthat left dozens dead.

Russia, a key ally of Syrian President Bashar al-Assad, has warned of “grave repercussions” for the operation, which it described as an “illegal action.”

Russia has been accused of carrying out cyber-attacks several times in recent years. When the Trump administration announced sanctions in March related to Russian meddling in the 2016 US election, it also disclosed what it described as a Russian attempt to penetrate the US energy grid.

Russia has denied allegations of election meddling and has denied accusations of other cyber-attacks on power grids in the past.