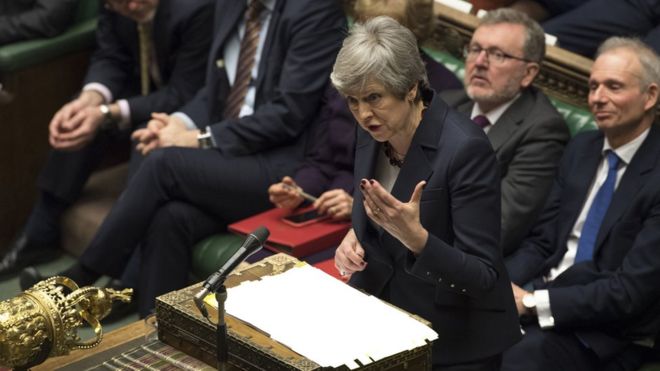 The Brexit process remains in deadlock as MPs struggle to find a consensus on the next steps.

The Commons failed to find a majority for a way forward after voting for eight different options on Wednesday.

And while some senior Brexiteers have moved towards supporting Theresa May’s deal, the MPs she relies on in the DUP have refused to alter their stance.

Commons Leader Andrea Leadsom told MPs there would be a further debate on a government Brexit motion on Friday.

But it is unclear yet whether this will end with a third “meaningful vote” on the PM’s deal.

On Wednesday, Speaker John Bercow reiterated that he would not allow a third “meaningful vote” on “substantially the same” motion as MPs had already rejected by historic margins twice.

But Mrs Leadsom told the Commons: “The motion tabled will comply with the Speaker’s ruling.”

Kenneth Darroux Farewell to His Constituents