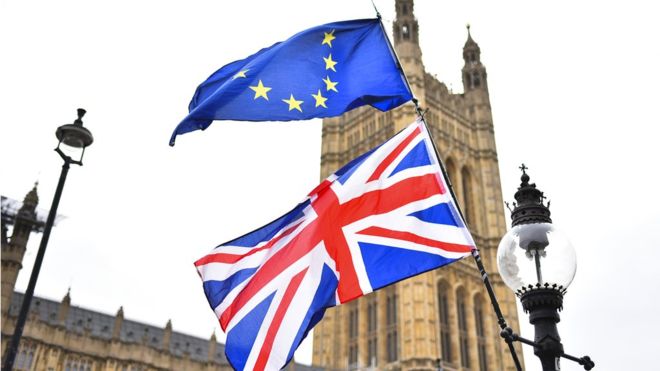 MPs have been told they face their “last opportunity” to ensure the Brexit process is extended to 22 May and bring certainty to people and businesses.

The attorney general said any further extension past 12 April would be “subject to the veto” of 27 EU leaders.

MPs will be asked to approve only part of the PM’s Brexit deal, the withdrawal agreement, covering the terms of exit.

Labour said separating that from the political declaration would mean voting on a “blindfold Brexit”.

Shadow Brexit Secretary Sir Keir Starmer told the BBC’s Today programme: “Take the political declaration off and it is completely blind – you have no idea what you are really voting for.”

Up to 13 separate scheduled protests and counter protests are expected in Westminster on Friday – the day that Britain was scheduled to leave the EU.

These include the “March to Leave” procession, which left Sunderland two weeks ago, which is due to arrive in Parliament Square.

MPs will vote on the withdrawal agreement, a legally-binding document setting out the terms of the UK’s departure from the EU, at 14:30 GMT.

Russia and China at Odds with US over Venezuela