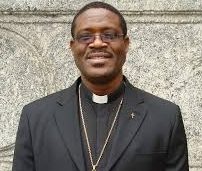 Bishop of Roseau, His Lordship Gabriel Malzaire has rejected the view that Pope Francis has supported civil unions among same sex couple.

During a documentary titled “Francesco” released last Wednesday, the Pope stressed that Homosexuals must not be cast out of their homes, and have right to a family.

Malzaire says that a word the Pope used in Spanish, which translates in English to “Civil Coexistence” with others, does not imply that homosexuals can enter civil unions, as this is against Catholic Law.

Malzaire says the Catholic Church teaches against the discrimination of persons with homosexual tendencies, but also teaches respect for the union of husband and wife, of which same-sex unions are a deviant.