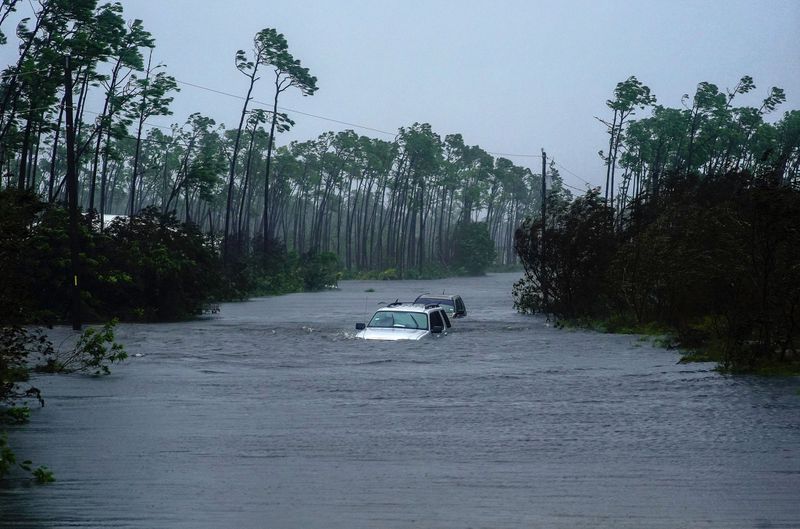 Prime Minister of the Bahamas, Dr. Hubert Minnis on Tuesday confirmed that the official death toll following the devastation of Hurricane Dorian is now at seven.

‪He said two of those victims had been transported to the capital for treatment before succumbing to injuries.

The Prime Minister added that the toll is expected to rise.

After stalling over the northern Bahamas for hours and continuously battering the same devastated areas, the storm finally moved north Tuesday toward the southeastern US coast.

Residents and responders are likely to find thousands of damaged and destroyed homes and businesses, and authorities say, many more bodies as the recovery process begins.

The priority was search, rescue and recovery, he said, adding that the royal navy will be working to provide food and water to residents.

“As soon as we are given an all- clear b the Met Office, we will do an initial assessment of Grand Bahama”, Minnis said.

He also advised that more detailed assessments will be conducted and released after an initial overall assessment is completed.

Meantime, the Network of Caribbean Chambers of Commerce (CARICHAM) has joined in the response efforts of The Bahamas, following the severe loss of life and livelihoods which have occurred on the islands of Abaco and Grand Bahama.

In press release the association says the vast damage caused as a result of Hurricane Dorian is heartbreaking.

Government Contributes US $100,000 to Bahamas