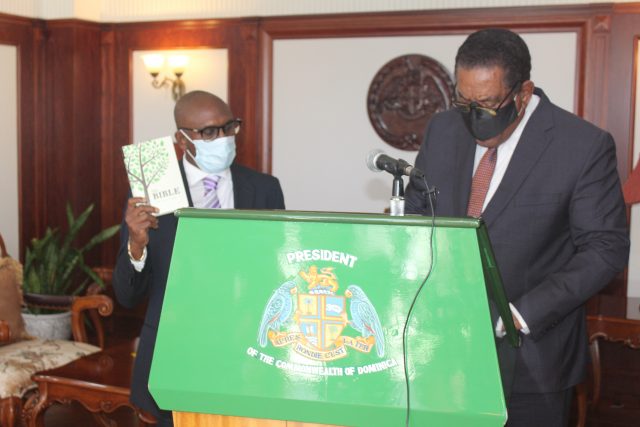 Attorney at Law Duncan Stowe was on Monday officially sworn in as Chairman of Dominica’s Electoral Commission.

Stowe told reporters that he is ready to take on the important task.

Attorneys Stowe, Alick Lawrence and Lennox Lawrence were appointed by the Prime Minister of Dominica to the commission, with Wayne James and Hilary Shillingford, appointed by the Opposition leader, completing the five-man team.

Dominica Red Cross announces the appointment of its new Governing Board