At least 257 people have died after a military plane crashed in northern Algeria, the defence ministry says.
Advertisement [the_ad id="17256"] 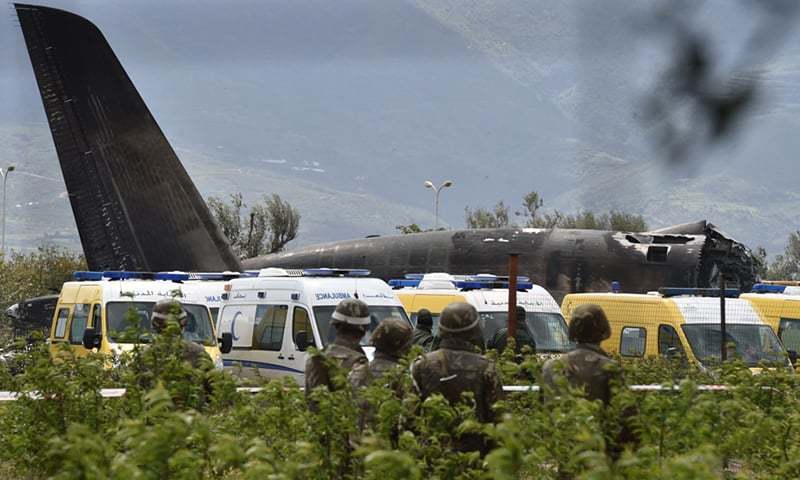 The incident happened shortly after the aircraft took off from Boufarik military airport near the capital Algiers in the morning.

Most of the dead are army personnel and their families, according to the defence ministry. Ten crew members were also killed.

It is not yet clear what caused the crash.

The army’s chief of staff has ordered an investigation into the crash and will visit the scene.

It is the deadliest plane crash since July 2014, when all 298 people on board Malaysian Airlines flight MH17 died when it was shot down over eastern Ukraine.

It is also the second-deadliest plane crash since 2003.

The authorities are working to identify remains of those killed. Footage from the scene shows smoke coming off wreckage in a field.

The plane, an Ilyushin Il-76, was travelling to Bechar in the south-west of the country.

Among the dead are said to be 26 members of the Polisario Front, seeking independence from Morocco for Western Sahara and supported by Algeria.

This is not the first major plane disaster in Algeria

A police officer in Jamaica, who is facing fraud charges, was yesterday granted bail when he appeared in the Manchester Parish Court