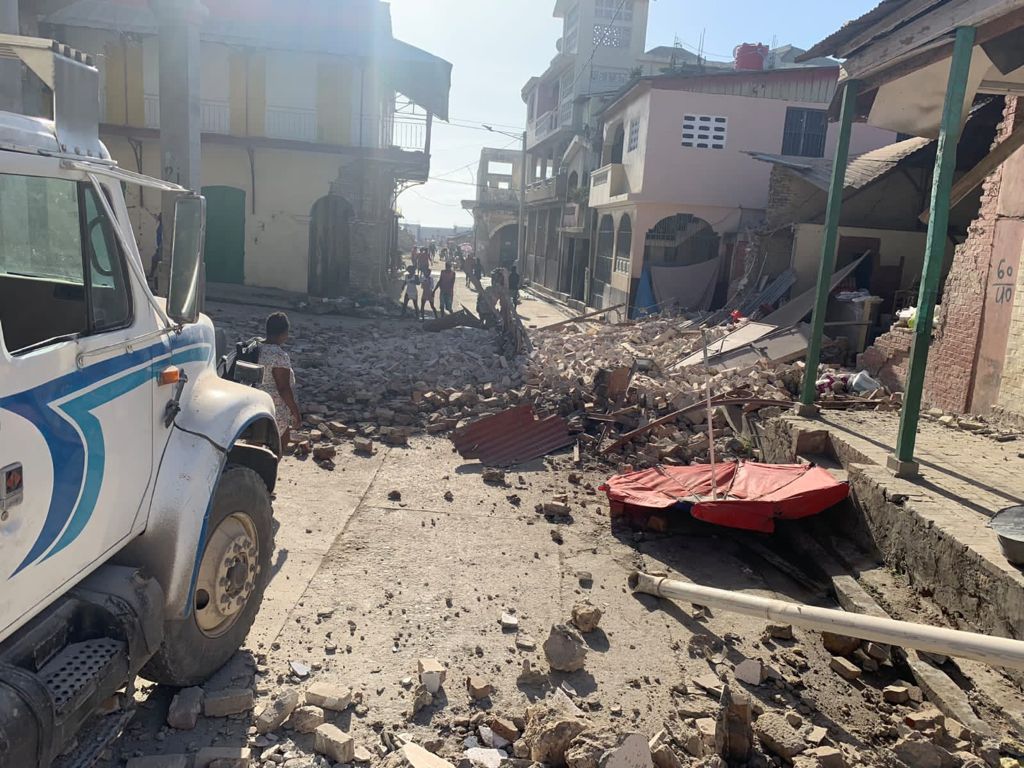 The death toll in Haiti has risen to 227 in the aftermath of a 7.2 magnitude earthquake that rocked the country on Saturday.

Director of Haiti’s Office of Civil Protection, Jerry Chandler also confirmed that numerous others have been injured.

Teams will be dispatched to continue rescue efforts.

He said: “The most important thing is to recover as many survivors as possible under the rubble. We have learned that the local hospitals, in particular that of Les Cayes, are overwhelmed with wounded, fractured people.”

He said the International Red Cross and hospitals in unaffected areas were helping to care for the injured and appealed to Haitians for unity.

“The needs are enormous. We must take care of the injured and fractured, but also provide food, aid, temporary shelter and psychological support,” he said.

Later, as he boarded a plane bound for Les Cayes, Henry said he wanted “structured solidarity” to ensure the response was coordinated to avoid the confusion that followed the devastating 2010 earthquake, when aid was slow to reach residents after as many as 300,000 were killed.

US President Joe Biden and Vice President Kamala Harris received a briefing on Saturday morning about the Haiti earthquake, according to the White House. Biden authorized an immediate response and named USAID Administrator Samantha Power as the senior official coordinating the effort.

A growing number of countries offered help, including Argentina and Chile, which said it was preparing to send humanitarian aid. ″Once again, Haiti has been hit by adversity,″ Chilean President Sebastian Piñera said.

Among those killed in the earthquake was Gabriel Fortuné, a longtime lawmaker and former mayor of Les Cayes. He died along with several others when his hotel, Le Manguier, collapsed, the Haitian newspaper Le Nouvelliste reported.