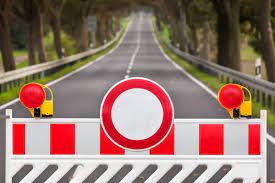 Access to Castle Bruce and the east is slowly being regained as the area remains locked in following the mudslides and flooding over the weekend.

The communities of Castle Bruce to Petite Soufriere suffered much damage resulting in the communities being cut off from the rest of the island, with no electricity.

According to Parliamentary representative for the Castle Bruce Constituency Octavia Alfred the good hope area was severely affected by a landslide which destroyed a resident’s home.

The San Sauveur and Petite Soufriere communities are still locked in however according to the MP the community spirit is still alive.

Alfred said on Tuesday, relief supplies have been distributed within the communities by the coast guard, and the body of the deceased has been collected.

Meantime, schools in the east remain closed for the time being as the area still struggles from the effects of the damage caused by the rain over the past weekend.

The Parliamentary representative who also serves as Minister for Education, says at present teachers are making efforts to reach their students despite having no electricity in the area.