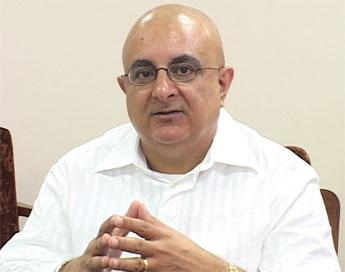 Senior counsel Anthony Astaphan has chastised the Dominica Air and Sea Ports Authority for what he deems uncharacterized behavior when the staff went on strike on Friday demanding higher pay.

DASPA workers took strike action Friday to vent their frustration of salary increase while some protested against what they said were none salary payments for three months.

Prime Minister Skerrit in an address to the nation made it clear that DASPA will not negotiate salaries with a gun to its head.

Mister Skerrit said there shall be no negotiations at any level while workers are out on illegal industrial action.

The workers are represented by the Dominica Public Service Union

Meantime DPSU General Secretary Thomas Letang says despite being an essential service, the workers are entitled to protest action.

Astaphan says the strike action was a targeted subversion by Thomas Letang.

Letang says the union has no desire to meet the Chief Executive Officer of DASPA Benoit Barduille as he has failed to meet the needs of his workers.

Domlec continues to face challenges with the massive recovery process.

Major setbacks for the Diaspora with Dominica’s Ports