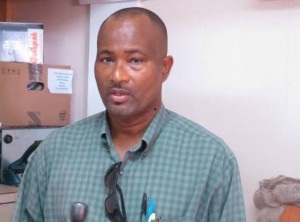 White Potatoes are increasingly becoming a success in Dominican Soils

According to Felix Leslie, Head of Extension in the Ministry of Agriculture, Dominica is continuing to increase production in white potatoes.

Mr. Leslie stated that a white potato programme over the past year has been hugely successful.

“Two-hundred and eighty-nine farmers participated in the program and together a total of 60 acres were established across the island. what we see here it is dominated by the south agriculture region, but I must say there is growing interest in the crop in the northeast of the island to be more specific the Calibishie catchment, so this is good in terms of the development of the crop.”

He continued that currently, discussions are being held with the Permanent Secretary to look at bringing in new varieties of that crop from Peru. 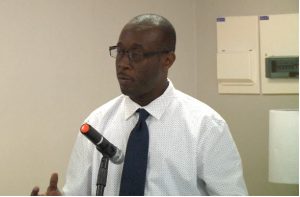 Dr. Reginald Thomas- Permanent Secretary in the Ministry of Agriculture, Food and Fisheries

Meantime Permanent Secretary in the Ministry of Agriculture, Food and Fisheries Dr. Reginald Thomas says another sector experiencing growth is the livestock sector.

He confirmed that 59,000 layers, which equals 20,000 birds more than the Pre-Maria quantities and about 12 million eggs are expected to be produced.

He stated that the large number of eggs being produced are generated for establishments on their way in which will require a substantial amount of eggs.

Thomas says there is particular success with the production of layers and broilers.