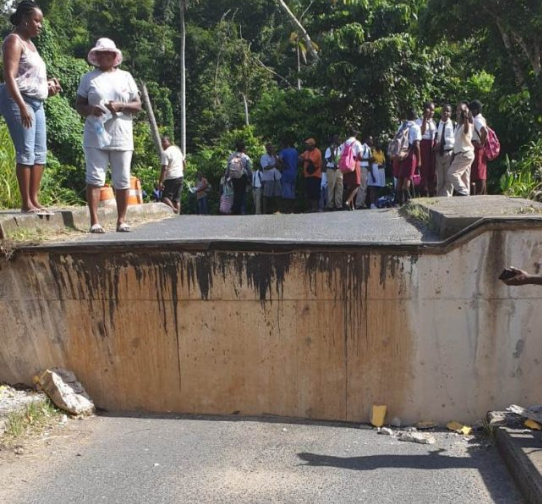 Flow of vehicular traffic was restored in the Hampstead area by 7 pm Tuesday following the collapse of the bridge there.

The Hampstead Bridge failed early Tuesday afternoon impeding access to the communities of the North-North-East.

According to Public Works Minister Dr. Collin McIntyre, the Hampstead Bridge was “… a very very old bridge… sort of a mass concrete type of abutment” which was undermined during Hurricane Maria.

McIntyre said a temporary bypass would have been erected, and revealed that Government is considering, among other permanent repair options, to build a road to the area from the Douglas Charles Airport in marigot to the Portsmouth area.