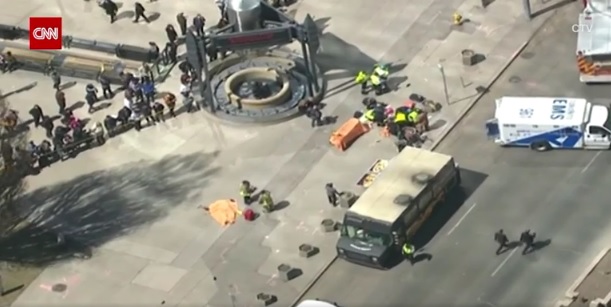 Ten people are dead and 15 are injured after the driver of a van plowed into multiple pedestrians in Toronto on Monday in what appears to be a deliberate act, Toronto Police Chief Mark Saunders said.

Saunders said the suspected driver, Alek Minassian, 25, of Richmond Hill, Ontario, was in custody. Minassian was arrested in a white rental van less than 30 minutes after police received a 911 call, Saunders said.
Minassian was previously known to Toronto authorities, according to a US law enforcement official briefed on the matter. Authorities said Minassian left a trail of destruction nearly a mile long, north of midtown Toronto.
Deputy Police Chief Peter Yuen said police received calls around 1:30 p.m. that a vehicle was driving on Yonge Street, striking pedestrians. Police said the collisions happened in the North York area at the busy intersection of Yonge Street and Finch Avenue.
“Based on witness accounts, we have a vehicle that started north on Yonge Street from Finch and drove southbound at some point in times on sidewalks, at some point in times driving southbound in northbound lanes,” Saunders said.
Saunders added: “So, it’s very clear just from a general perspective to say that the actions definitely look deliberate.”
At this point, “There would appear to be no national security connection” to the incident, said Ralph Goodale, Canada’s minister of public safety and emergency preparedness.
Ten patients were transported to Sunnybrook Health Sciences Centre and two were declared dead at the hospital, said Dr. Dan Cass, executive vice-president and chief medical officer.
Cass said the patients suffered a range of injuries. 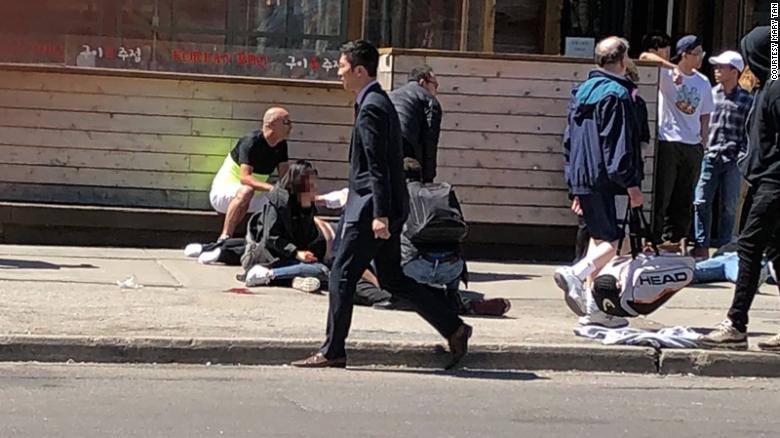 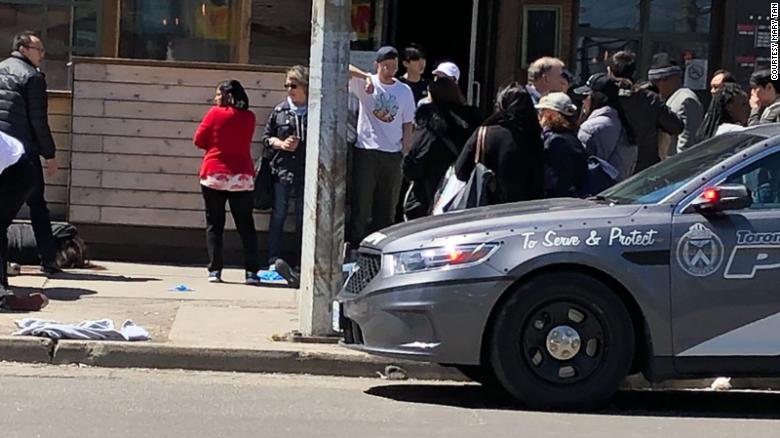