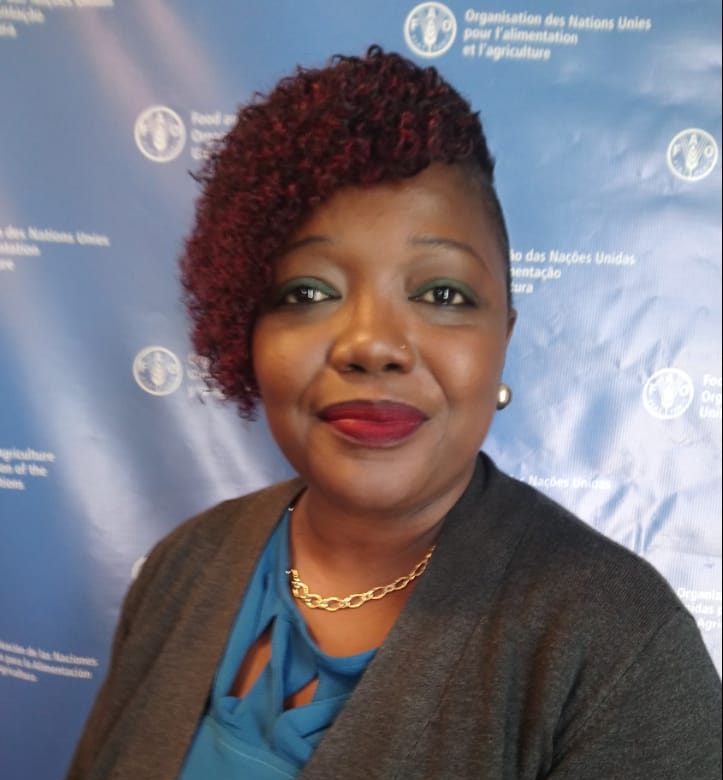 April 21, 2022 – Bridgetown, Barbados – When hurricane Maria made landfall in Dominica
in 2017, it caused widespread devastation and the impact of this category 5 hurricane was
catastrophic for this Small Island Developing State (SID). As Dominicans grappled with the
immediate aftermath of the hurricane, including the loss of homes and livelihoods, persons
like Anna Mary Seraphine, Registrar of Pesticides in Dominica, quickly recognized that there
would be more long-term impacts that if not addressed, could threaten the health and
safety of Dominicans for decades to come.
Long regarded as the Nature Island of the Caribbean, Dominica boasts tropical rainforests
and lush vegetation, ideal for a booming agricultural and fisheries industry. Bananas,
coconut, citrus, avocados, mangoes and an abundance of vegetables and livestock make up
the main crops grown. This, along with a vibrant fishing industry contribute to the island’s
economy and participation in agriculture can be found throughout the island.
“In Dominica, this is what we are known for, so we try to limit use of pesticides and educate
as much as we can on the dangers of their use to maintain this reputation. The diversity of
people means that there is varying use in our farming communities. For example, among the
Kalinago there is not much use of pesticides as indigenous methods provide more natural
ways of dealing with pests. However, in other communities, pesticides are used to get rid of
any little thing”, stated Seraphine.
Although attempts to raise awareness and sensitize the public to the continuous negative
effects was taking place, the passage of hurricane Maria revealed a stark reality of not only
the use of pesticides but the poor disposal, of empty pesticide containers, into the
environment and waterways.
“In the aftermath of Hurricane Maria the number of empty pesticide containers we saw
along the shoreline was astounding. In the hills, there are many farms and farmers throw
the containers into the bushes after using the pesticides. When there is flooding, the
containers in these areas come down to the coast, through the rivers and settle on the
shore”, Seraphine added.
These unwashed and un-punctured containers, mean residues are seeping into the
environment, with harmful chemicals entering waterways, potentially affecting not only
human health, but also marine life. The destruction of property due to high winds also
resulted in the exposure of tonnes of obsolete pesticides stocks, with chemicals being
soaked due to heavy rainfall and, leaching into the ground and waterways.

2 of 2
Seraphine added that for years they were thinking about how to get rid of these obsolete
pesticide stocks. The hurricane destroyed their storage units, and this became a renewed
priority for importers and farmers who wanted to build back better in terms of the proper
storage of pesticides, and to consider more safer, organic options”.
Bolstering Empty Pesticide Container Management systems and the Disposal of Obsolete
pesticide stocks are two of the main component of FAO’s Caribbean Pesticide Management
Project. The work done over the last 4 years has made tremendous inroads by supporting
the work of persons like Anna Mary and the Pesticides Control Board.
The project not only assisted in the removal of the obsolete stocks in Dominica, but also
revealed the dangers of pesticides, helped to teach farmers about triple rinsing, proper
storage and other protective measures. As a result, better systems are in place to support
for empty container management, including updating legislation, which will now address
this specifically, and hopefully it can be used as a tool for enforcement.
Meanwhile, Guy Mathurin, Regional Project Coordinator for Pesticides for the Food and
Agriculture Organization of the United Nations (FAO) stated, “Supporting countries to safely
dispose of and recycle triple-rinsed empty pesticides containers is an important part of the
work we are doing to help safeguard human and environmental health. We applaud the
Government of Dominica for the steps it is taking to establish empty pesticide container
management schemes.  FAO will continue to support the implementation of recommended
pesticide lifecycle management practices”.