A fire at a police station in the Venezuelan city of Valencia, in Carabobo state, has left 68 people dead
Advertisement [the_ad id="17256"] 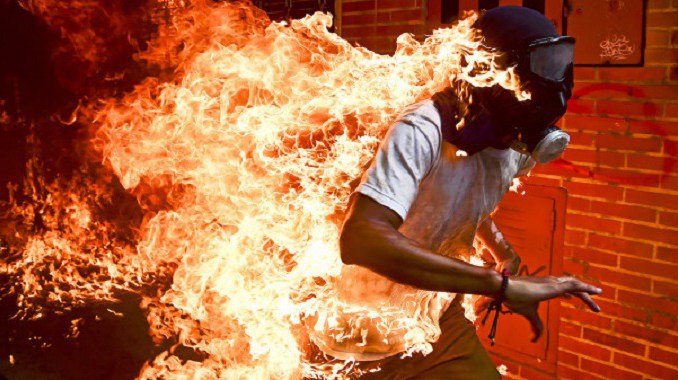 The blaze reportedly started after prisoners set fire to mattresses in an attempt to break out on Wednesday.

Police used tear gas to disperse relatives who surrounded the station after news of the fire broke.

Chief state prosecutor Tarek Saab said an investigation into what had happened would begin immediately.

State official Jesus Santander said the situation had now been brought under control. He said the state of Carabobo was in mourning.

The circumstances surrounding the fire have not been officially confirmed.

The association UnaVentana a la Libertad (A Window on Freedom), which monitors jail conditions, said its reports showed a police officer had been shot in the leg by a detainee and that shortly afterwards mattresses in cells were set ablaze and the fire quickly spread.

Mr Santander did confirm one police officer had been shot.

Rescuers reportedly broke through walls to try to free those trapped by the blaze.

Nearly all of those who died were inmates but at least two women who were visiting at the time were also killed, Mr Saab said.

Some of the victims burned to death, others died of smoke asphyxiation.