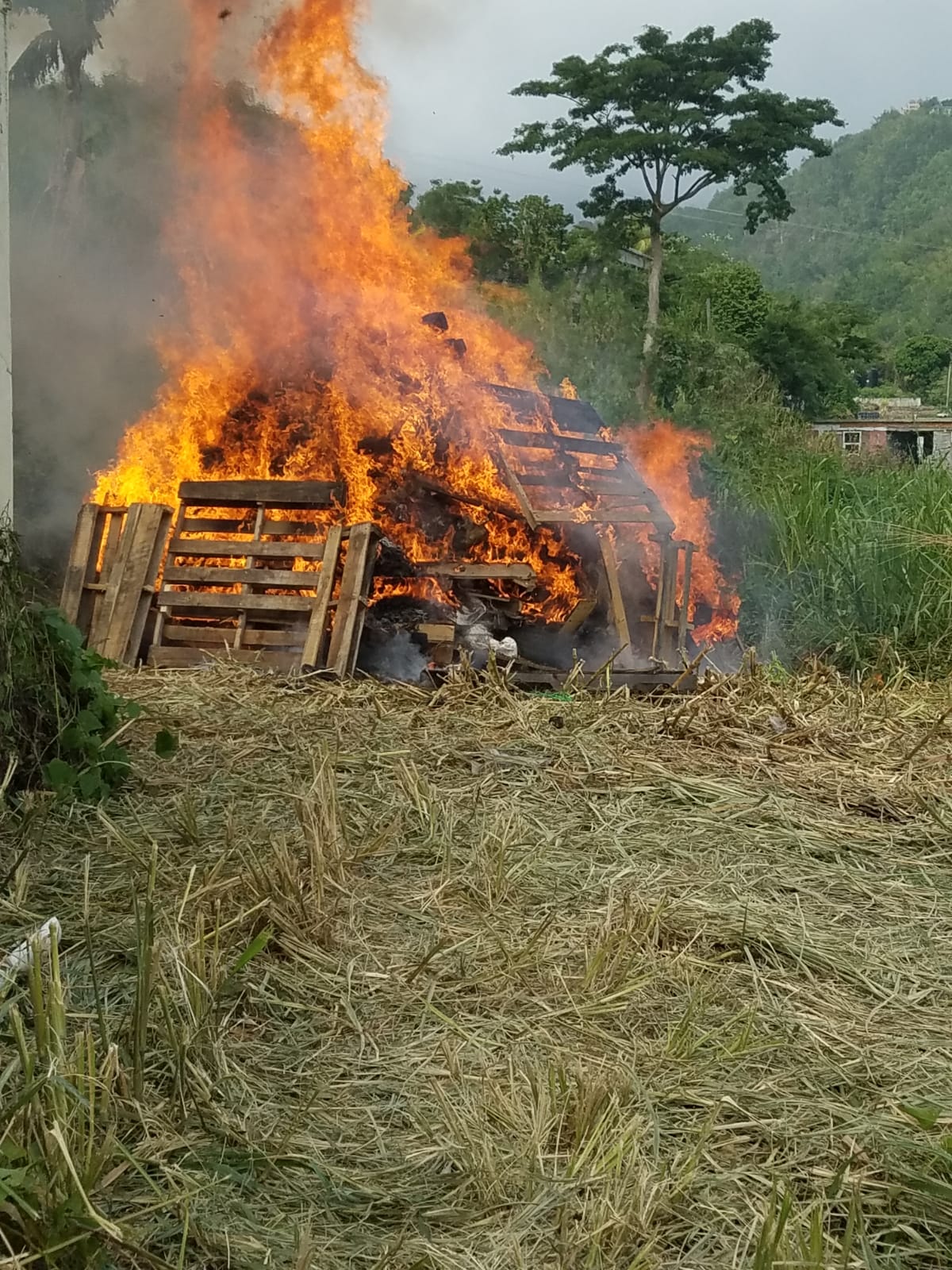 More than 4,000 pounds of Cannabis weed and over 400 pound of Cocaine were destroyed by fire by the Dominica Police Force this afternoon.

The drugs, which were burned at the Special Services Unit compound in Morne Bruce, were disposed from court cases and were collected from 2014 – 2020.

WCMF will not be staged this year