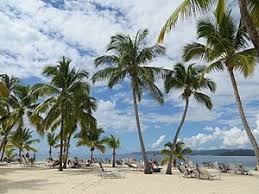 Tourism arrival figures for the first quarter of 2019 continue on the positive trend which started in the last three months of 2018. The 23,444 stay-over arrivals recorded for January to March this year, not only exceed 2018 arrivals as expected, but also surpass visitor arrivals recorded during the same period in 2017.

That’s according to a press release from the Discover Dominica Authority.

This year’s numbers show an 87.5% increase over quarter 1 of 2018 where stay-over arrivals were low at 12,505, some six months after the passage of Hurricane Maria. This year’s figures represent an increase of 11.2 % over 2017 figures for the same period, or an additional 2,360 visitors.

This second consecutive quarter of growth, continues on the upward growth registered in Q4 of 2018 which registered a 6.7 % increase over the same period in 2016, which showed pre-Hurricane Maria activity.

The month of March has had the best performance so far for 2019 with 9,738 stay-over arrivals.  This represents a 110% improvement over same period 2018 (5717) and a 70% improvement over same period 2017.  The arrivals were primarily influenced by arrivals in the week leading up to Carnival which accounted for 53% of March arrivals. Arrivals in January and February were 6,030 and 7,676 respectively.

All major sources markets show increase over 2018 figures, while three showed increases over the same period in 2017, which represents the base year for purpose of reasonable comparison.

The greatest growth in the quarter when compared to 2017, was registered by visitors from the Commonwealth Caribbean with an increase in arrivals of 38.1% with a total of 3,355 arrivals. Visitation from the French West Indies showed an 11.5% increase with 3,810 arrivals and France a 3.6% increase with 2,398 arrivals.

Access by air accounted for 60% of all arrivals in Q1 which is down some 6% on pre Maria levels. 76% of stay-over arrivals indicated vacation as their purpose of visit which is slightly above the pre-Maria figures of 70%.