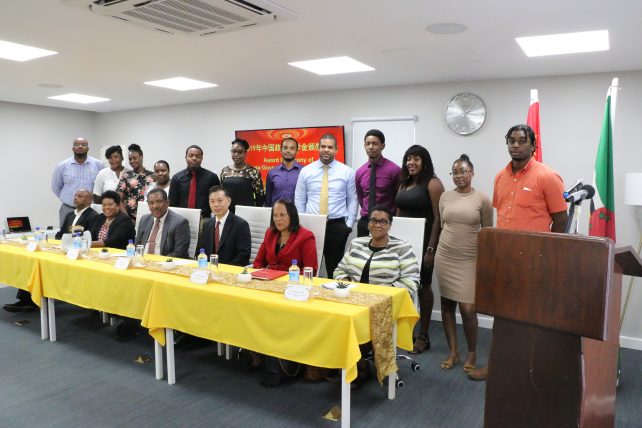 12 Dominicans have been awarded scholarships to study in China for the 2019/2020 academic year.

Over 150 students have received scholarships to Chinese Universities since Dominica and China established ties in 2004.

Chinese Ambassador to Dominica, Lu Kun, encouraged the students to form bonds despite differences in culture.

“Don’t be afraid to make friends… It will be an entirely new experience in your life, a new adventure… but don’t be afraid,” The Ambassador encouraged. “You are not alone. There are friendly Chinese teachers and classmates”.

Minister for Ecclesiastical Affairs, Family and Gender Affairs, Catherine Daniel, who represented the Minister for Education, highlighted the subject areas of study, which she says are relevant to Dominica’s development.