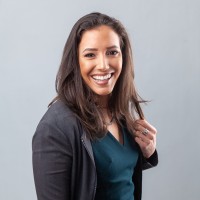 A 10 million dollars grant funding from the government of Switzerland will see the deployment of a national Low Carbon Transport program for Dominica.

The government of Dominica has set a target date of 2030 to get rid of all carbon driven vehicles and use other means such as electricity driven vehicles for transportation.

The low carbon Transport program will be done in 3 phases with the first phase to be done by the year 2023.

Verena Arauz is project manager. She says the grant will be translated into some grants and concessional loans in order to implement the activities such as pedestrian infrastructure, public transports and quality, on demand transportation.

Miss Arauz has also expressed concern over the high number of vehicles in Dominica for a small country compared to South America.

She says Dominica has 257 vehicles per 1 thousand inhabitants while the average in Latin America is 200 vehicles and that she says is alarming for a small island developing state.

According to her, there needs to be a scrapping company or program in place to get rid of derelict vehicles and ship the metal overseas for recycling as this could generate economic activity for the island.

Miss Arauz says if there is better public transportation coming out of this program, then when people sell their old vehicles there will be no need to purchase another as the new transportation system will solve many transportation issues.